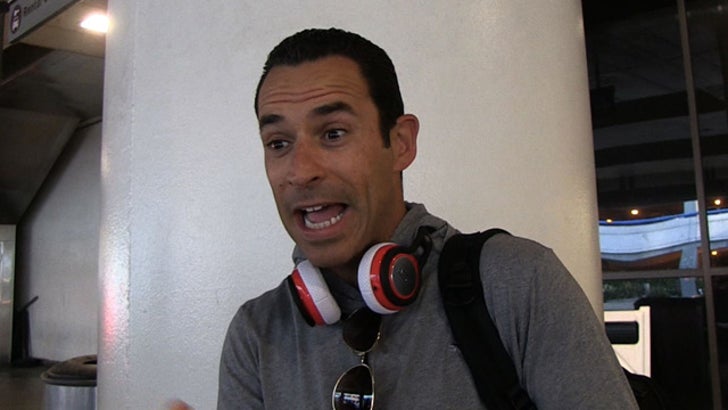 Indy superstar Helio Castroneves tells TMZ Sports ... there was a moment during the Napa earthquake where he thought he was seriously going to die -- calling the experience the "scariest thing of my life."

The former "Dancing with the Star" champ says he was sleeping in a hotel in Napa Valley when the shaking began -- and it jolted him out of a deep sleep.

Castroneves says he was so discombobulated when he woke up -- he forgot he was in a hotel, and thought he was in an airplane that was crashing.

Fortunately, Helio was OK, but you gotta hear him tell the story ... pretty scary stuff.