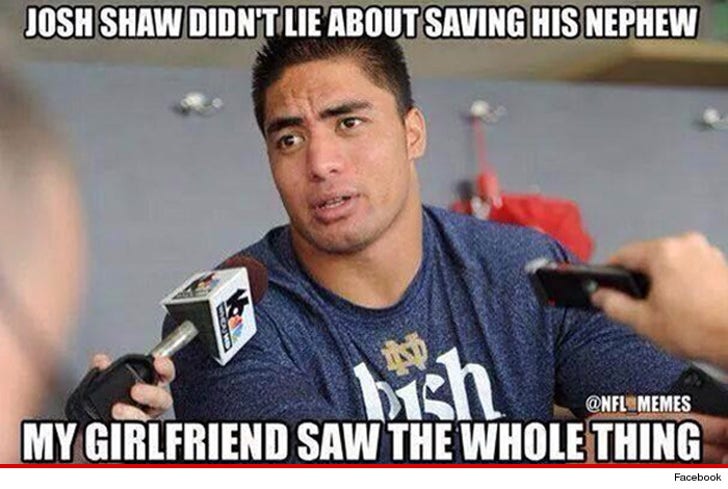 Just when Manti Te'o thought the whole fake GF catfishing thing was behind him, it's all coming back to life ... thanks to USC star Josh Shaw.

After Shaw admitted that he made up the whole story about heroically saving his 7-year-old nephew from drowning in Palmdale, Manti's name became a trending topic in the U.S. on Twitter.

And that's when the memes starting flooding the net -- most of which were at Te'o's expense.

Of course, while Te'o was at Notre Dame, he was catfished by a man -- pretending to be a girl -- but when Manti realized he was the victim of a hoax, he lied to the media in an effort to cover the whole thing up.

Eventually, the whole story came to light ... the catfisher was ID'd as Ronaiah Tuiasosopo -- who eventually fessed up to hoaxing Te'o.

Manti went on to have a pretty good rookie season in the NFL despite the headlines.

We're guessing he isn't too thrilled to have to be dealing with the whole thing all over again.