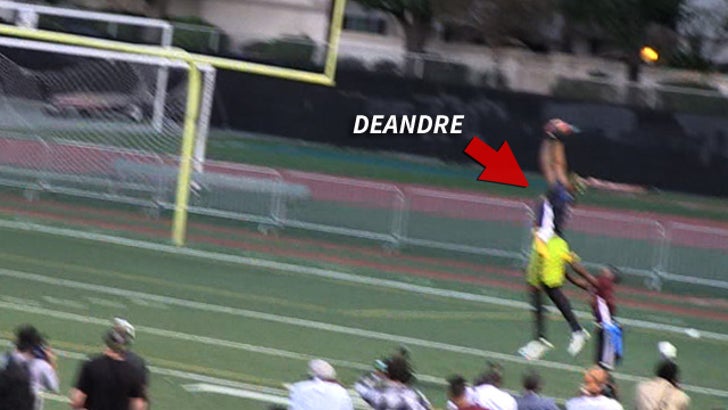 When it comes to football, DeAndre Jordan's GOT SKILLS ... and the 6'11" athlete proved it by making a RIDICULOUS catch in a celeb game this weekend -- and TMZ Sports has the footage.

The L.A. Clippers star was playing in the "Athletes Vs. Cancer" at John Elway Stadium at Granada Hills Charter High School this weekend -- along with Snoop, Matt Barnes, Terrell Owens, CP3 and more.

FYI -- Jordan was awesome ... but he wasn't the only star to flash some talent. Snoop looked quick as hell and T.O. dominated too.

We spoke to Matt Barnes -- one of the co-hosts of the event -- who told us why he decided to pursue basketball ... even though he was a BAD ASS football player in high school 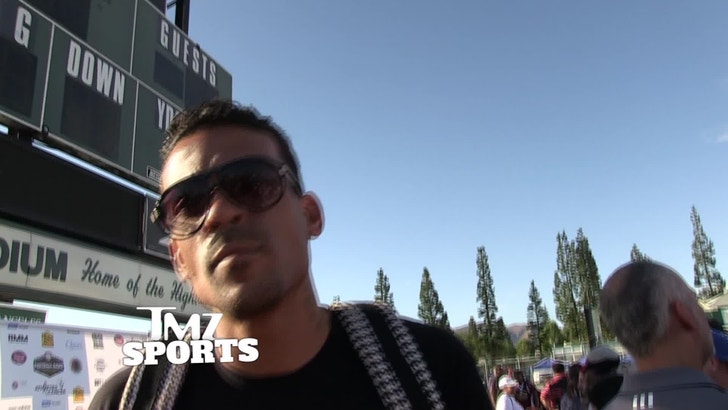