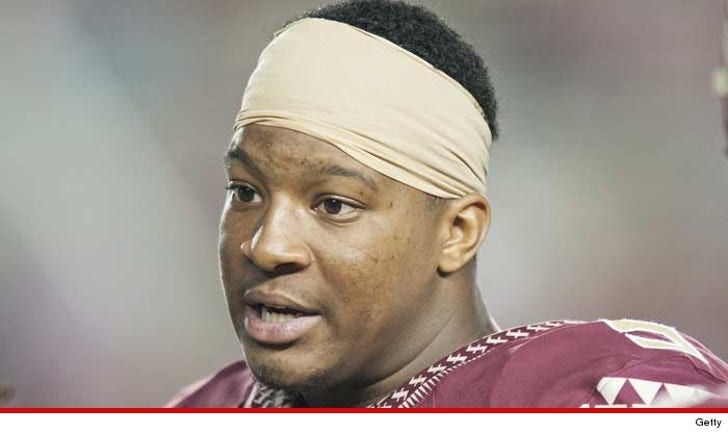 Seems Florida State University has finally realized their 2-quarter suspension was a JOKE -- and now FSU has decided to pull Jameis Winston from the ENTIRE GAME this weekend as punishment for his "F**k her right in the p**sy" outburst this week.

As we previously reported, the Heisman Trophy winner got into hot water after climbing onto a lunch table on campus and screaming the phrase in front of tons of students ... who immediately tweeted about it.

Initially, FSU announced Winston would be suspended a whole 2 quarters when the Seminoles faced Clemson this weekend.

But after taking heat from critics who accused the school of dishing out B.S. justice so the school could have a shot at winning, officials have decided to double his punishment.

"Based upon the results of our continuing investigation of Tuesday's incident involving Jameis Winston, we have decided to not play him for the entire game against Clemson on Saturday night," interim Florida State president Garnett S. Stokes and athletic director Stan Wilcox said in a joint statement Friday night.

The school did not announce what new information caused them to change their mind ... we're guessing the public shaming of the school played a role.