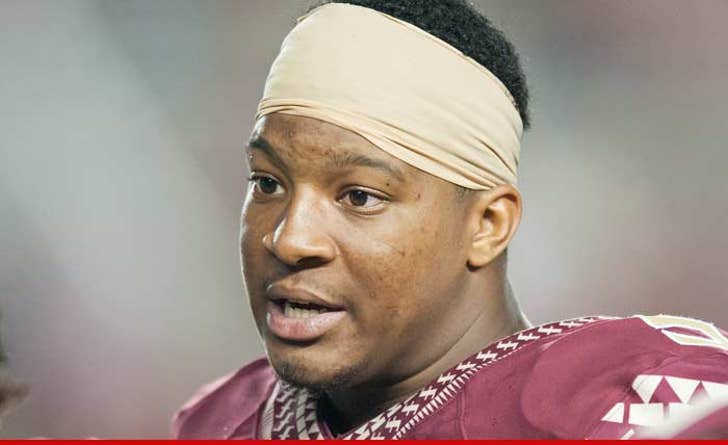 Jameis, HAVE YOU NOT BEEN FOLLOWING THE NEWS??!?

The Florida State University quarterback was sent back to the locker room before the FSU vs. Clemson game tonight when he took the field in full pads.

Winston was confronted by his coach Jimbo Fisher -- who appeared angry and confused -- and forced Jameis to change back into street clothes.

Of course, Winston was initially suspended for the 1st half of tonight's game after screaming "F**k her in the p**sy" on a table in the middle of the FSU campus ... but after public outcry, school officials later decided to suspend him from the entire game.

Apparently, Winston didn't get the message.

Or ... he's in the middle of the worst case of denial ever.