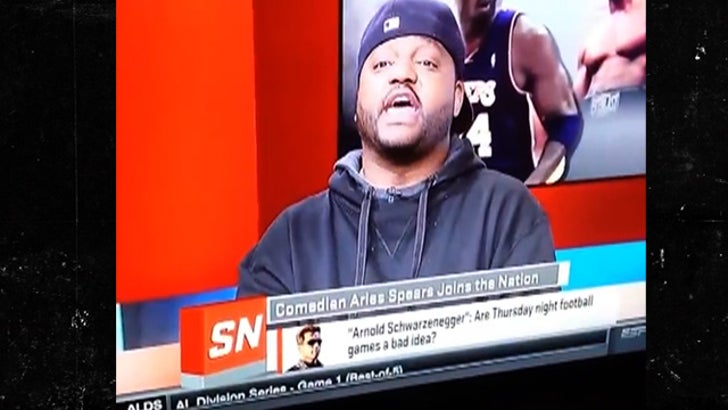 Aries Spears says he doesn't expect to return to ESPN after cracking a gay joke about Michael Sam live on "SportsNation."

The comedian was sitting on a panel with Michelle Beadle and Marcellus Wiley when he brought up Sam -- the first openly gay football player in the NFL.

Beadle shot him a cold stare. Wiley told him, "You ain't right."

After the show, Spears tweeted, "Just left sports nation on Espn! Great crew I probably won't be bk though! Didn't know it was Disney operated! LOL."