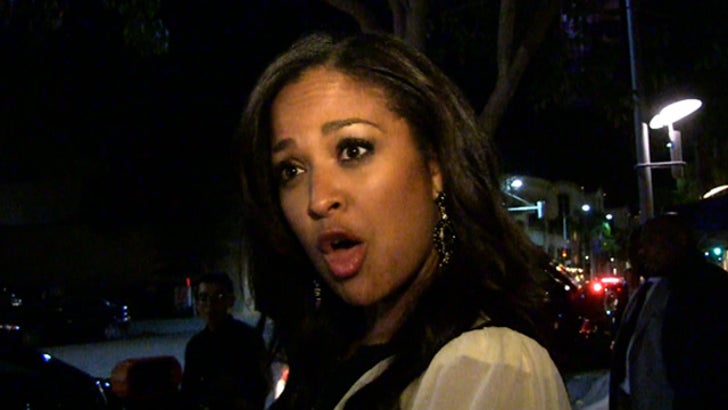 Laila Ali's 3-year-old son has some of the greatest sports DNA of all time -- but the boxing legend tells TMZ Sports she REFUSES to push him into boxing ... she'd rather he pick up a golf club instead.

Laila and her ex-NFL star hubby Curtis Conway were out in L.A. this weekend when she made it clear -- sports will NOT will come first for Curtis Jr. ... but IF he chooses to play, she wants him to keep his brain safe.

"I'd rather him play golf, baseball or basketball," Ali says ... "IF he's going to play sports. I'm not going to force him into sports."

Curtis seems to be fully on board -- 'cause when we asked him what sport he wants to see Jr. play ... the WR was even stronger about keeping his brain in a schoolbooks ... instead of a playbook.