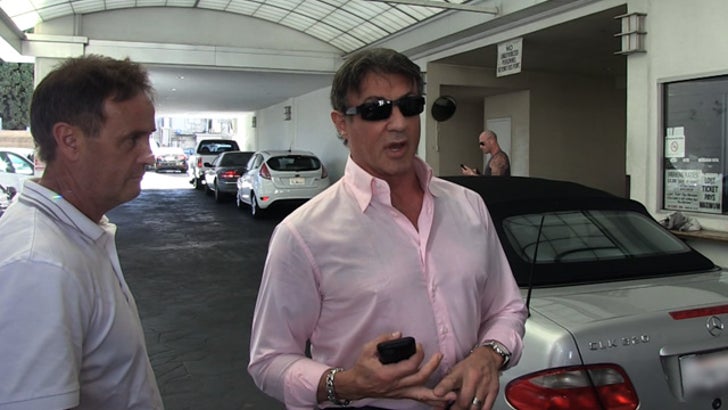 Sly brought up the memory while talking about Bernard Hopkins out in Beverly Hills yesterday -- explaining why B-Hop is the "real" Rocky Balboa.

But when we asked Stallone if he thinks he could spar with the 49-year-old champ, Sly told us he already learned his lesson about trading blows with the pros ... thanks to Duran.

Stallone has been open about the reality check in the past ... and there are reports that he asked Duran to pull back on the punches during shooting because he was hitting too damn hard.

"Professionals and [acting] are two different things," Stallone says ... "I kind of interpreted it. They're the real deal."