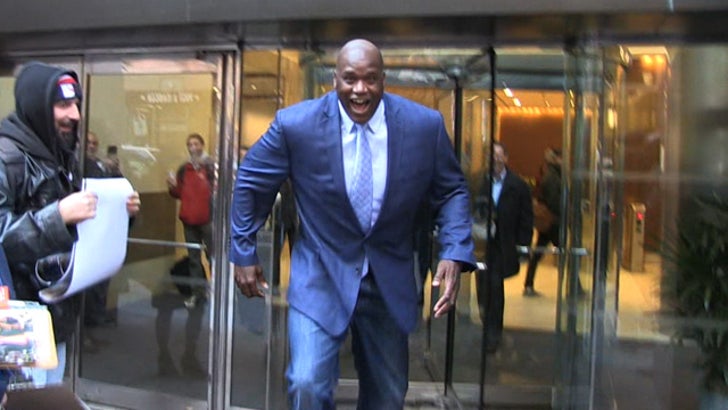 So, Shaquille O'Neal stole a TMZ photog yesterday ... right off the street ... and it was hilarious.

The "hostage" was our guy Adam -- who was shooting Shaq out in NYC when the former NBA star decided he was just gonna take him ... as payback for Harvey not answering his call last week.

(For the record, Harvey disputes ducking Shaq's call ... though he doesn't really remember).

Shaq and his prisoner went all over the city together ... from "The View" to "Good Morning America" ... with Adam documenting his captivity every step of the way.

A few things we learned about Shaq during the crisis ...

As for Adam ... no word if Shaq ever let him go. We haven't gotten around to calling him back yet. 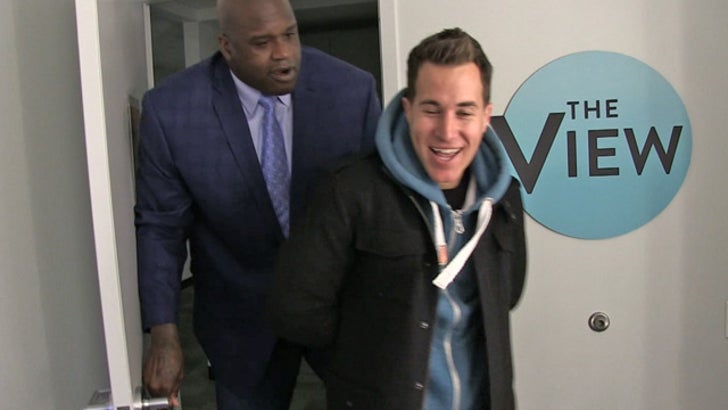