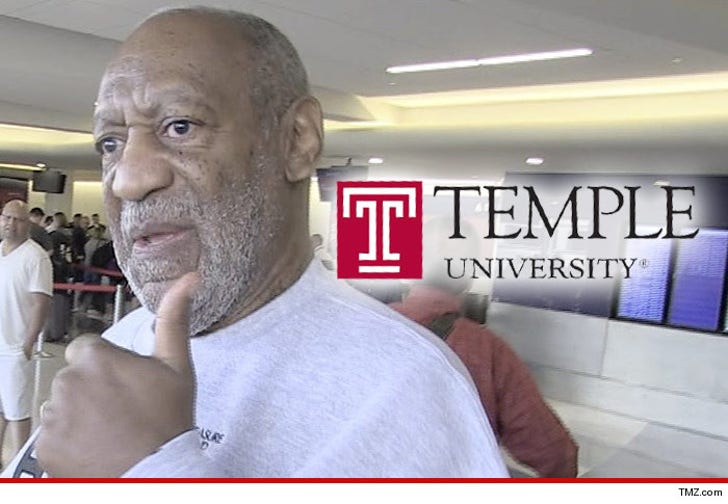 Bill Cosby is still welcome at all Temple University sporting events ... with a rep for Bill's alma mater telling TMZ Sports ... the school still supports the TV legend despite the rape allegations.

As you know ... the fallout for Cosby has been fast and furious -- with Netflix cancelling an upcoming special, NBC pulling the plug on a comedy project and Comedy Central also distancing themselves from him.

But a rep for Temple -- where Cosby serves on the Board of Trustees -- says his school's relationship with Bill has not changed since the sexual misconduct allegations have resurfaced.

What's interesting ... one of Bill's alleged victims, Andrea Constand, worked for Temple's women's basketball team at the time of the alleged attack. However, no charges were ever filed against Bill in that case -- and a civil suit was settled in 2006.

Cosby attended Temple in the '60s ... playing football and running track for the Owls.