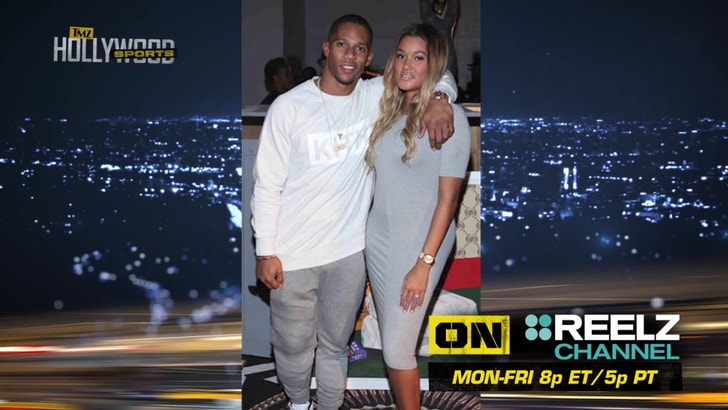 Terrell Owens tells TMZ Sports ... he's ready, willing and able to step in and play for the Chicago Bears now that Brandon Marshall is out for the rest of the season with a serious injuries.

T.O. just appeared on "TMZ Hollywood Sports" -- which airs TONIGHT at 8PM ET, 5PM PT on Reelz -- and told us he's been working out every single weekend and believes he's 100% ready to go.

In fact, the 40-year-old is adamant he's still BETTER than the majority of the wide receivers in the NFL -- and just wants a chance to prove it on the field.

Ya gotta watch the show tonight -- T.O. also talks about the infamous crying press conference (he doesn't regret it one bit), reveals the biggest NFL partier and spills secrets from "Celebrity Apprentice."

Plus, he absolutely DESTROYS a TMZ staffer who tried to talk some smack ... and it's hilarious.