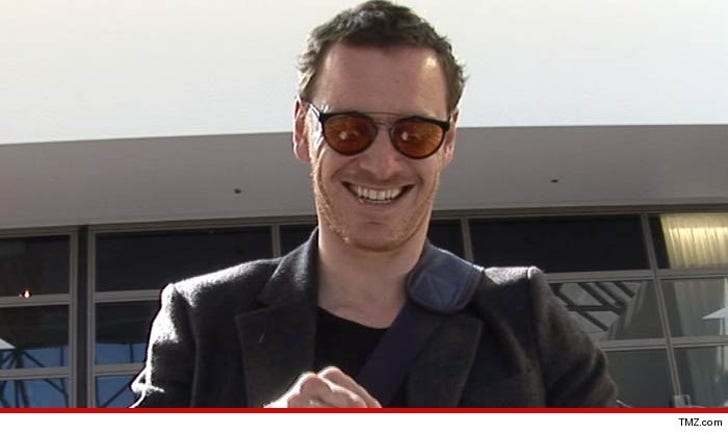 Michael Fassbender's popularity ... and penis size ... were topics of conversation in the latest round of emails released by the Sony hackers ... revealing one big time producer who's feeling inadequate.

This most recent batch of emails revolves around discussion for the upcoming Steve Jobs biopic, which originally was supposed to be produced by Sony (it's now with Universal).

When the topic of Fassbender taking the lead role came up, somehow producer Michael De Luca brought up Fassbender's infamous manhood, saying he "makes you feel bad to have normal sized male genitalia."

Screenwriter Aaron Sorkin knocked Fassbender down a notch in another email to producer Scott Rudin, writing, "I don't know who Michael Fassbender is and the rest of the world isn't going to care."

In another series of emails, "Community" star Joel McHale wrote to a Sony exec asking for a discount on a TV ("Community" is a Sony show).

Hey, everyone loves a good deal.