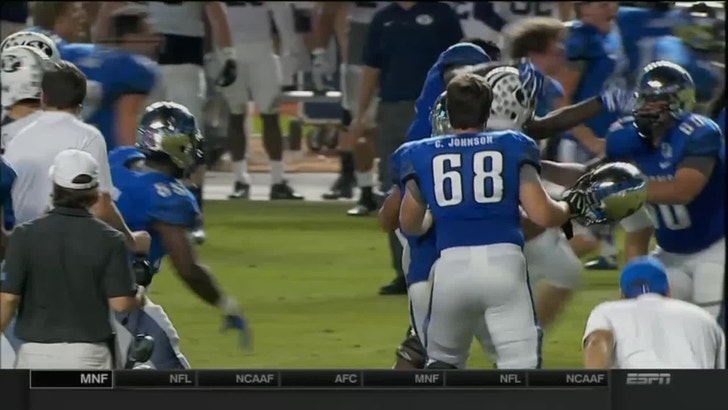 A moronic college football player stupidly removed his helmet during a brawl at the Miami Beach Bowl today ... and appeared to SWING IT at an opposing player.

The fight broke out at the end of the BYU vs. Memphis game ... after Memphis picked off a BYU pass to clinch the victory. Things got chippy and the benches cleared.

That's when Memphis player Chase Johnson (#68) removed his helmet and appeared to use it as a weapon -- swinging it at a BYU player.

The incident is eerily similar to a high school football game in Pennsylvania last year -- where officials PRESSED CHARGES against a player who allegedly swung his helmet at a kid from the other team.

We reached out to officials in Miami to see if any action will be taken in this particular case -- so far, no word back.