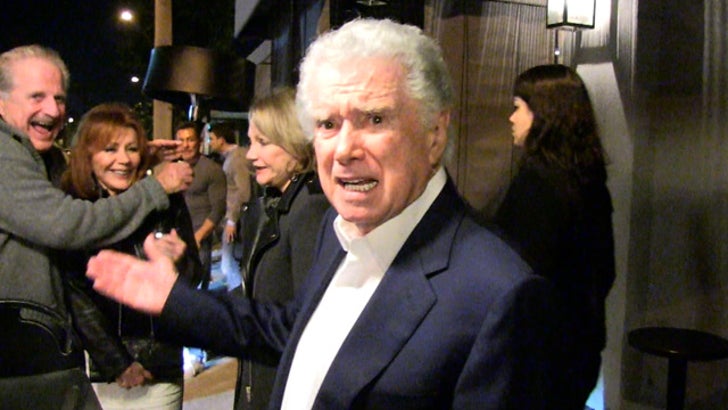 And he's sad because Notre Dame sucked this season.

The ND alum -- and legendary superfan -- was expressing his disappointment in the Fighting Irish outside of Craig's this weekend ... telling TMZ Sports, "It's been a terrible year."

Philbin thinks the whole thing went downhill after ND (6-0 at the time) lost to Florida State in the final seconds of the game back in October ... and then lost 5 of their next 6 games.

"They lost the game in the last 30 seconds and they never got over it."

Regis told us he still likes head coach Brian Kelly because he "tries hard" ... but say,s, "I don't know what their problem is."

FYI -- despite the 1-5 skid at the end of the season, Notre Dame will play LSU in the Music City Bowl ... but check out the video, clearly Regis isn't impressed.