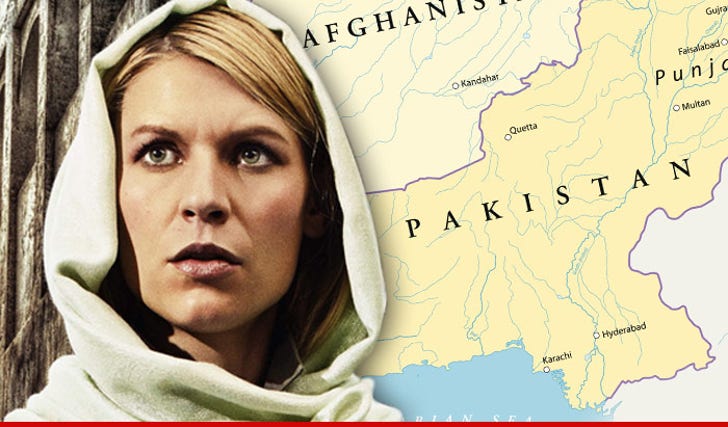 "Homeland" writers gave Pakistan and its leaders the same treatment Seth Rogen gave North Korea and Kim Jong-Un -- minus the assassination -- and Pakistani officials are enraged.

Showtime's hit series just wrapped it's 4th season ... which was all about Claire Danes CIA character battling a Taliban terrorist in Islamabad, Pakistan. All kinds of disasters happen (we won't spoil it, if you're gonna binge watch) ... including double-crosses from Pakistani politicians and military officials.

Now, a Pakistani embassy official is blasting the show, telling the NY Post ... "Homeland" makes it look like Pakistan, a longtime U.S. ally ... is embracing dictators and terrorists.

The rep also bitched about scenery ... saying Islamabad has beautiful mountains and greenery, but on "Homeland" it's a "war zone where shootouts and bombs go off with dead bodies scattered around. Nothing is further from the truth.”

At least they didn't compare our president to a primate.