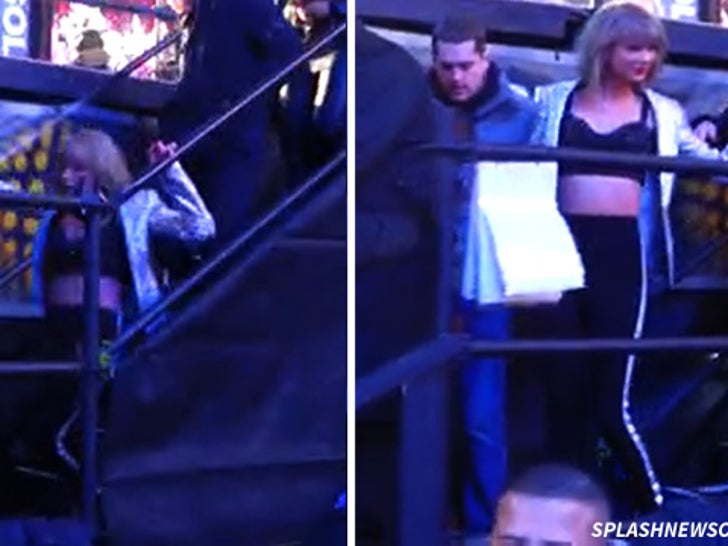 Taylor Swift nearly suffered a terrible slip and fall in front of hundreds of screaming fans, but she saved it at the last minute to avoid a tremendously embarrassing fall.

As she made her way down the stairs behind the stage, she got to the final few steps when her feet gave out from under her. But she avoided eating it completely and emerged with a sly grin and a short wave.