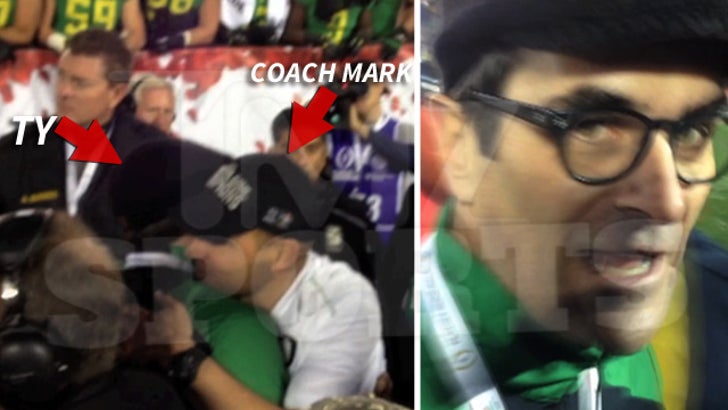 TMZ Sports has the footage showing Ty congratulating Mark while the victory fireworks were still going off in the background ... with Ty promising to head to Texas next week to support the team in the National Championship game.

Ty and Mark have been tight for a while ... with Mark even sending out a congratulatory tweet when Burrell won an Emmy back in August.