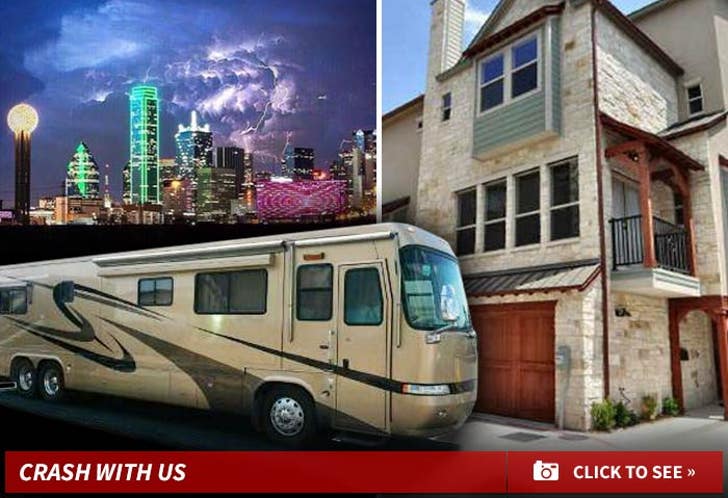 "Everything's bigger in Texas" apparently includes the hustler's spirit ... 'cause TMZ Sports has learned Dallas area residents are pimping out their cribs for the week of the big game hoping to score some crazy money.

Oregon and Ohio State represent two of the largest fan bases in CFB so the hotel situation in North Texas is slammed, with nary a Motel 6 having a vacancy leading up to the National Championship game on Jan. 12th.

Well Dallas area can smell the opportunity in the air -- flooding Craigslist with ads for housing ranging from $250 up to $45,000 for a mulit-night stays near the stadium.

Some of the highlights include ...

-- One guy is renting out 3 rooms IN HIS DAD'S HOUSE for $400-a-night. Bonus? He'll be your personal driver the entire time because "This saves the aggravation of finding parking and paying insane amounts to park."

-- A $1,000-a-night "Penthouse" that promises 1 inflatable queen mattress but also a stripper pole.

A $7,500-a-night country ranch home that promises horseback riding, duck hunting, 2 shot guns, a weight room and a real Texas Longhorn on the property (the steer, not Matthew McCononaughey).