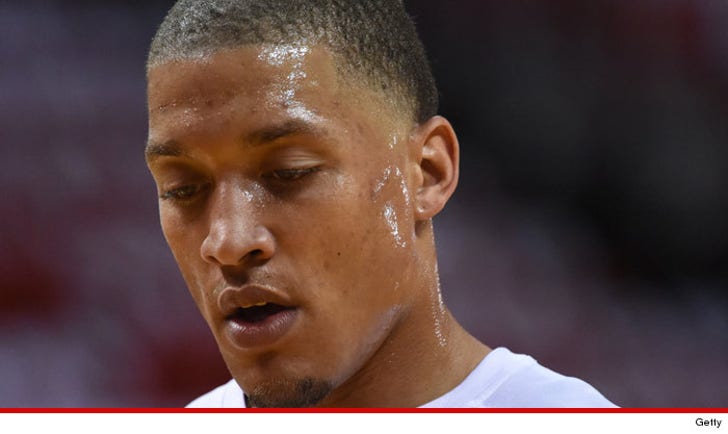 Ex-NBA star Michael Beasley is being sued in Arizona by a woman who claims the 26-year-old choked her out and raped her in 2013 ... despite the fact cops already investigated the case and found no evidence of a sexual assault.

TMZ Sports has learned ... the woman filed a lawsuit in Arizona, claiming she and a friend were invited to a Scottsdale home on January 13th, 2013 where Beasley was staying with another male friend.

In the suit, the woman claims Beasley and his friend terrorized her -- "overpowered, restrained, fondled, grabbed and groped [her], stripped her clothing from her, repeatedly choked her into unconsciousness, and repeatedly sexually assaulted and raped her."

The woman claims she suffered brutal physical injuries to her genitals and her anus -- including tissue tearing and bleeding.

The woman is suing for $25 million.

Back in September, the Scottsdale PD announced that they investigated the woman's claims -- but ultimately decided not to file charges against Beasley.

"We did not establish probable cause that sexual assault happened," Sgt. Mark Clark said at the time.

So why sue? The woman is clearly banking on the fact that a civil judgment requires a lower standard of proof than a criminal conviction.

We reached out to Beasley for comment -- so far, no word back.

FYI -- Beasley was the #2 overall pick in the 2008 NBA draft ... but his career fizzled and now he's playing ball for the Shanghai Sharks out in China.