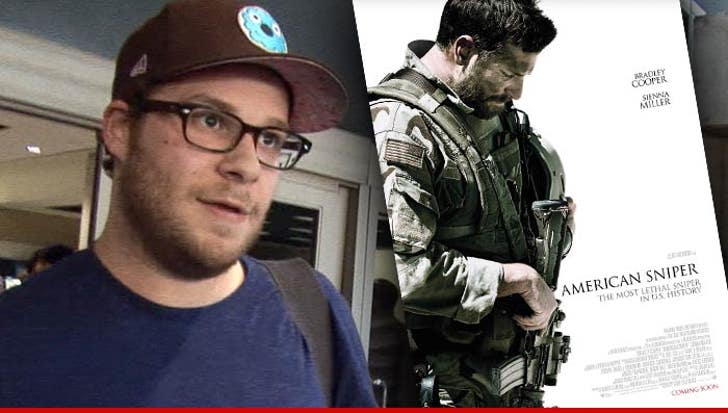 "American Sniper" is nothing more than a right wing propaganda film for the Iraq War ... so says Seth Rogen, who compared the flick to a fake movie about a Nazi sharpshooter.

'Sniper' absolutely destroyed at the box office this weekend, but the film has its share of liberal detractors. The fact it was directed by right wing poster child Clint Eastwood probably doesn't help.

Rogen -- whose movie "The Interview" caught political fire recently -- chimed in, tweeting, "American Sniper kind of reminds me of the movie that's showing in the third act of Inglorious Basterds."

The movie he's referring to was called "Stolz der Nation (Nation’s Pride)" ... which, in "Basterds," shows a German sniper killing 200 Allied soldiers from a clock tower.

also chimed in, saying, "My uncle [was] killed by sniper in WW2. We were taught snipers were cowards. Will shoot u in the back. Snipers aren't heroes. And invaders r worse."

After a $90 million weekend, we doubt Clint cares one bit. 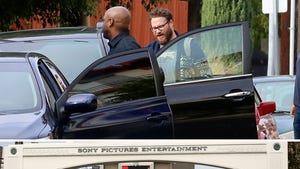 Seth Rogen Returns to Work at Sony ... With Hard Feelings