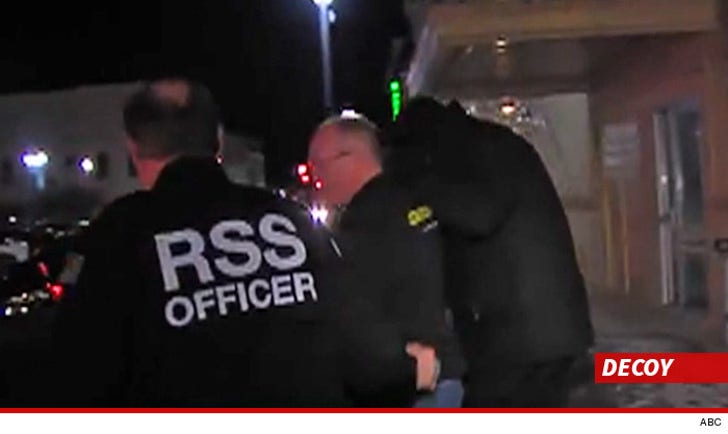 Bill Cosby would rather switch than fight hecklers and reporters, and switch he did Friday night at an Ohio concert where he got out clean by using a decoy.

Cosby was performing in Sandusky, Ohio (trust us ... it didn't escape us either) when a man whose face was completely covered in a hoody was rushed out by security to a waiting SUV.

A reporter from 7 Action News tried interviewing the man, when the reporter realized the real Cosby was being whisked away in another SUV within eyeshot of him.

Apparently the news crew gave chase and Cosby's SUV ran a light to ditch them.