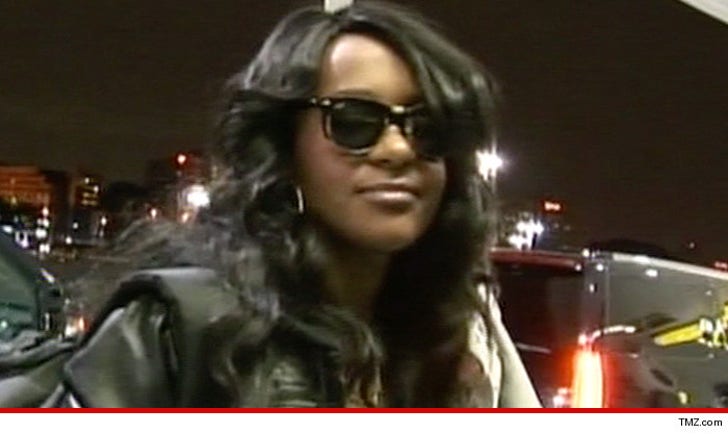 6:05 PM PT -- Sources close to the family tell TMZ Bobby Brown has arrived at the hospital with Tyler Perry and the two are at Bobbi Kristina's bedside. We're told Tyler was flying from LA to Atlanta for business and offered to take Bobby with him when the news broke.

1:53 PM PT --
﻿Sources close to the family tell TMZ Bobbi Kristina has been placed in a medically induced coma for swelling of the brain.

Whitney Houston﻿ and Bobby Brown's daughter was found unconscious in a bathtub in her home -- and taken to a hospital where she is now breathing ... TMZ has learned.

Bobbi Kristina Brown's husband Nick Gordon and a friend found her in the tub ... according to police in Roswell, GA. We're told her husband and friend immediately started CPR on her ... until police and paramedics arrived.

We're told police took over life-saving measures on the scene -- and then she was taken by ambulance to a hospital.

Doctors have now stabilized her breathing, and we're told she is in ICU.

Still unclear why Bobbi fell unconscious. We're told a friend made the call to 911 from Bobbi's house.

The circumstances are especially eerie -- Whitney was found dead in a bathtub at the Beverly Hilton on February 11 ... three years ago.