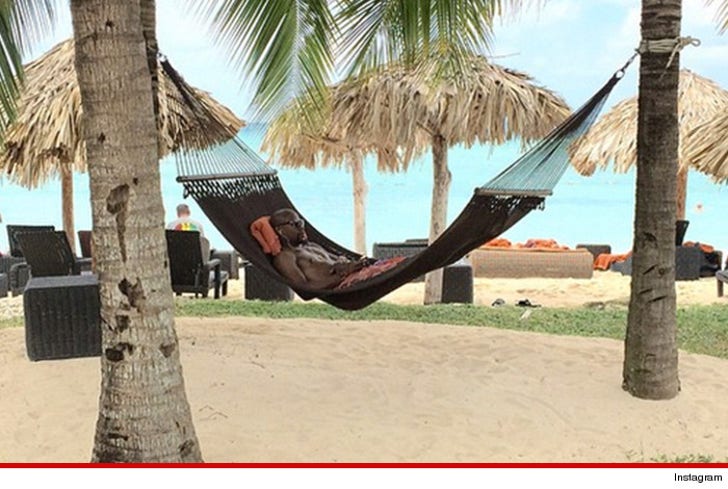 While the suits put the "finishing touches" on the contract, Floyd Mayweather is chillin' on a beach ... the calm before the storm.

Our sources tell us Floyd went wheels up last night -- taking off from Miami after finally agreeing to take the fight against Manny Pacquiao on May 2nd in Las Vegas.

As we previously reported, the formal agreement has not been signed but everyone involved expects the signatures "soon." Negotiators are putting "finishing touches" on the deal.