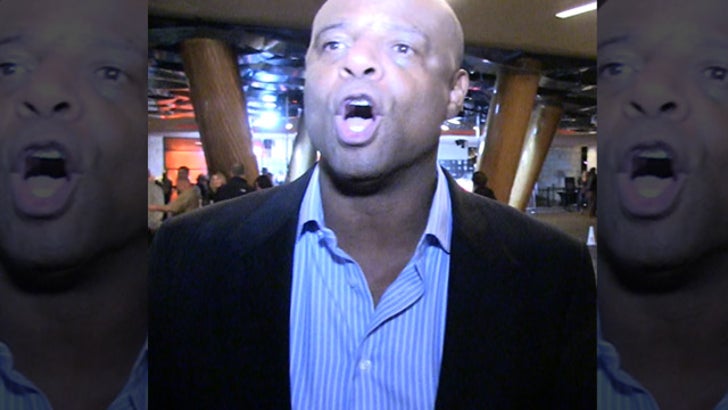 Tim Tebow needs to move on from the NFL ... and STOP trying to get back in the league -- so says Hall of Famer Warren Moon who tells TMZ Sports Tim should focus on his real future, TV hosting.

Despite the fact he hasn't played in an NFL game since 2012, Tebow has made it clear he still wants to pursue his dream of playing QB in the NFL ... and has been training hard in case the phone rings.

But Moon says he's a big fan of what Tebow's been doing OFF the field as an analyst for ESPN and as a correspondent for "Good Morning America" ... and seems to think he has a brighter future without pads.

And if that doesn't work out, there's always golf ...