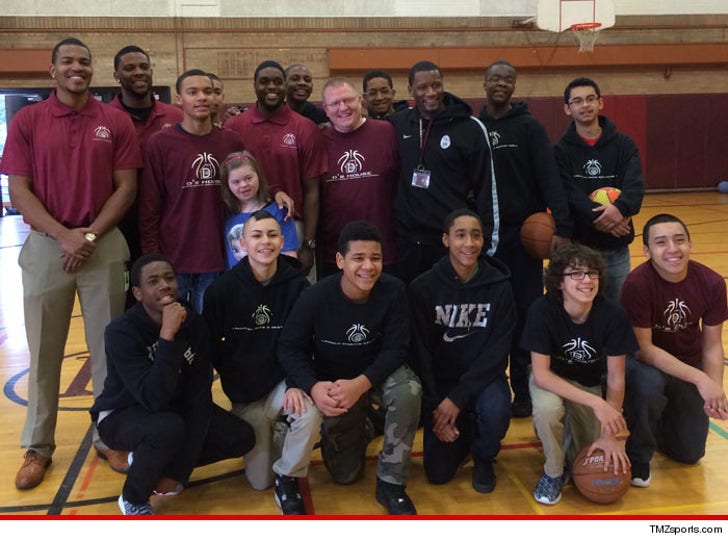 The heroic middle school basketball players who rushed to the aid of a girl with Down syndrome as she was being bullied DURING their game ... are receiving the highest honor given to a citizen in their city ... TMZ Sports has learned.

In case you missed the awesome story ... the boys basketball team at Lincoln Middle School in Kenosha, WI confronted a bully who was tormenting Desiree Andrews, who serves as a cheerleader for the team.

On Monday, the whole team will receive a medal and a commendation signed by the mayor and the police chief for their "heroic act of kindness." Chief John Morrissey tells TMZ Sports the honor is rare. The last two honorees had rescued people from a major car crash, and another helped capture a man who allegedly killed his own child.

Chief Morrissey tells TMZ Sports, "The PD and the mayor are impressed that as seventh graders, these kids were smart enough to recognize they needed to stand up for what’s right."

Desiree will be at the ceremony as well, where she will receive a commendation for "standing tall and proud even when you were being bullied."