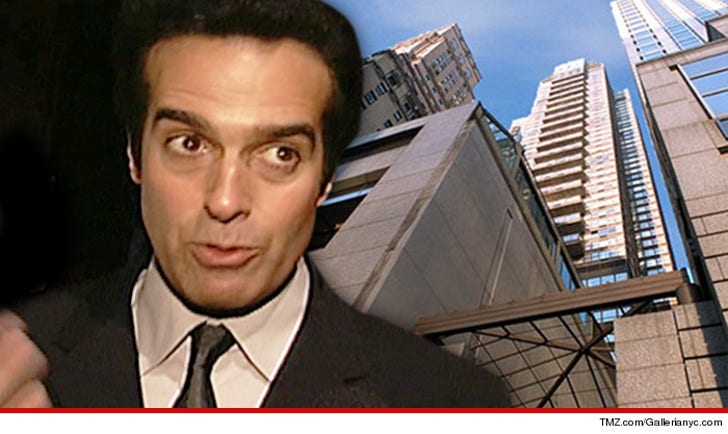 David Copperfield's water broke ... his NYC penthouse pool is now empty, because all the water cascaded into the units 30 floors below.

It happened March 8, according to the NY Post. Apparently the pump malfunctioned and water drenched the illusionist's 4-story East Side penthouse. But that's just the beginning. The H20 made it's way down the building, knocking elevators out of commission. Water made its way through walls and floors, all the way to the basement.

David had vintage arcade pieces from Coney Island as well as many other antiques in his pad, but somehow they were spared. But plenty of damage was done.

Copperfield was performing in Vegas when it happened.

His lawyer told the Post, the pool will be refilled when they're sure it's fail safe. As for lawsuits, the lawyer says, "This is New York City. Nothing would surprise me."

Based on our experience lawsuits like this are not peculiar to the Big Apple.