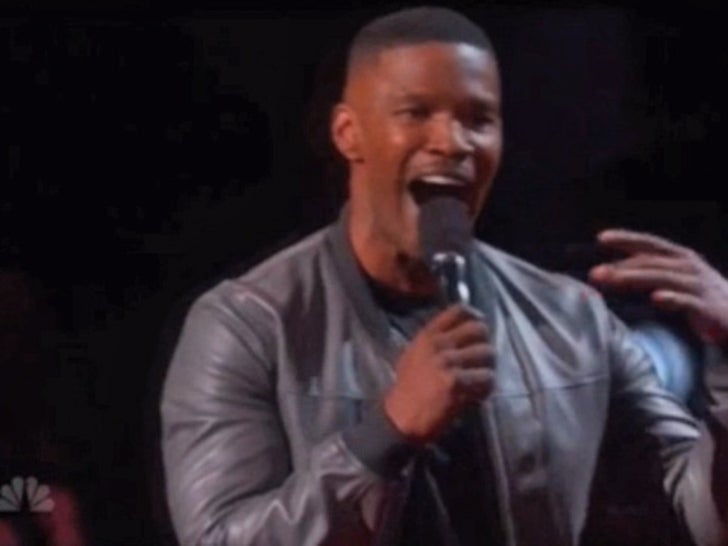 Foxx hosted the award show Sunday night in L.A. ... and in his opening monologue he teased the upcoming musical acts, saying Bruce Jenner would be performing -- "He's doing a his and her duet all by himself."

The jab scored big laughs -- Chris Brown was particularly amused -- and Jamie went back for more ... hitting Bruce right in the family jewels for his next punchline.

Watch the video ... Jamie's jokes were hardly groundbreaking -- lots of comedians have been using Bruce for material -- still ... arguably insensitive.