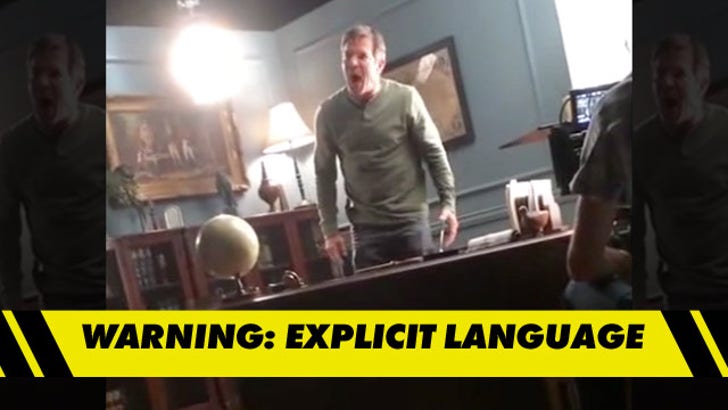 Dennis Quaid went absolutely berserk on the set of a movie ... calling his co-workers unprofessional zombies, pussies, and more -- or so it seems based on a video that surfaced on the Internet.

The video starts with Quaid chewing out someone for walking on set while he's running a line -- "I can't even get a line out until dopey the d**k starts whispering in your ear, you're not even watching anymore."

No one was spared his wrath as Dennis continued ... "This is the most unprofessional set I have ever been on. This is horse s**t!"

It's unclear what movie he's shooting ... when this rant went down, or if it's even real. The video leaked online, but his reps haven't responded to our calls for comment yet. It's possible the whole thing is fake ... he's an actor, after all.