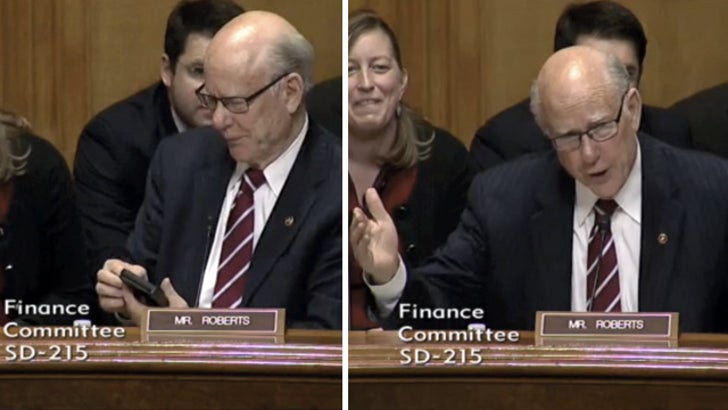 This is the ONLY way to make a Senate Finance Committee hearing interesting -- and even hysterical -- just have the "Frozen" soundtrack suddenly blare from the phone of 78-year-old Senator Pat Roberts.

Roberts was in the middle of one of those normally boring and stiff Senate hearings when his phone started ringing ... and "Let It Go" echoed through the chamber.

Watch ... Roberts fumbled for his phone, but the damage was done.

We called the Kansas Senator's office ... and his communications director said the ringtone is for his grandkids. He's got 5 of 'em. She quickly pointed out he also has Johnny Cash's "I Walk the Line" as a ringtone.