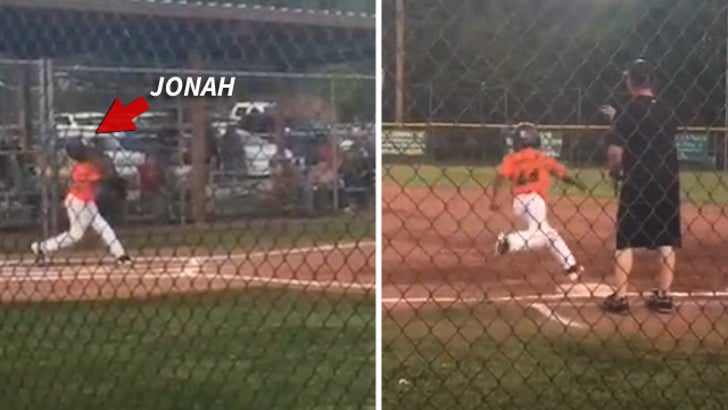 Jameis Winston ain't the only superstar athlete in his family -- his 7-year-old brother is already a "damn superstar" ... so says the president of the kid's youth baseball league.

Jameis has already publicly touted his lil' bro Jonah Winston as a "Young Jeter" ... and according to Steve Crim, who runs the Hueytown Dixie Youth Baseball League -- Jameis is right.

Crim says Jonah isn't just a stud on the diamond -- he's crushing it in football and basketball too ... "He's one of the best kids out here. Just a true athlete and he's a really good little kid too. People really care about him."

Of course, Jonah is getting some major support from Jameis -- who's been taking in some games recently and posting the highlights online ... and it's clear the kid can play.

"Jonah can be a future pro one day just like his big brother ... in any sport really."