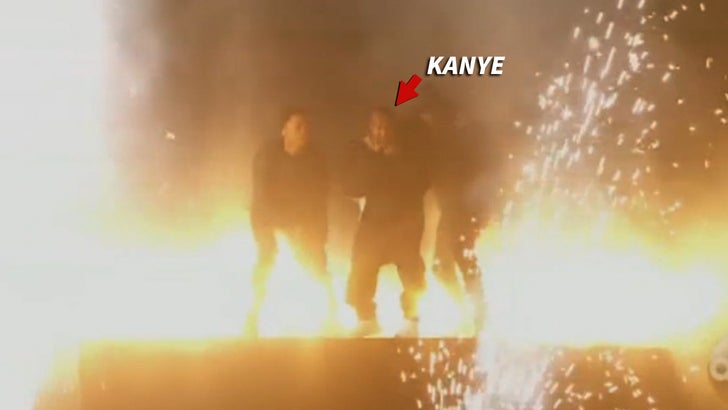 Kanye West gave ABC censors a collective heart attack Sunday night at the Billboard Music Awards -- because the rapper dropped so many n-words ... most of his act was dead silence.

Kanye closed the show with his hit, "All Day" -- but about all you could hear on TV was the song's title. Censors killed the audio for so much of the song ... you're really left wondering -- why bother? The censoring went as long as 15 solid seconds at times.

Plus, you could barely SEE Yeezy through all the fireworks and smoke. Again ... why bother?

One thing you could hear clearly -- the boos for Kylie and Kendall Jenner as they introduced their bro-in-law.