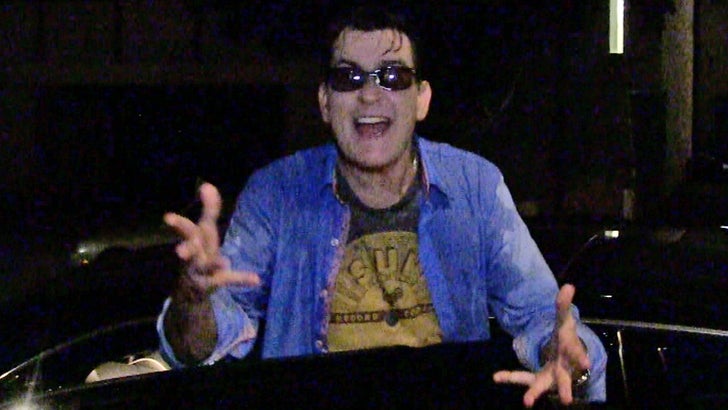 Get Charlie Sheen a towel ... a BIG one ... or maybe just a life preserver -- 'cause the guy was absolutely drowning in his own sweat at 1:30 AM in Hollywood.

This video is insane, and literally soaking wet. We saw Charlie slipping out of Sycamore Studios early Thursday morning ... where a bunch of Justin Bieber fans also happened to be hanging out waiting for Justin to exit.

It's unclear what the hell Charlie was doing at the studio at that time -- we're pretty sure he's not recording an album ... but who knows with him. 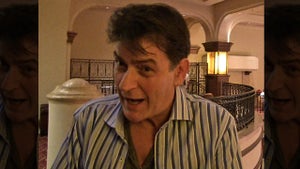 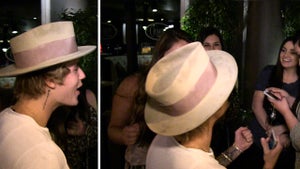