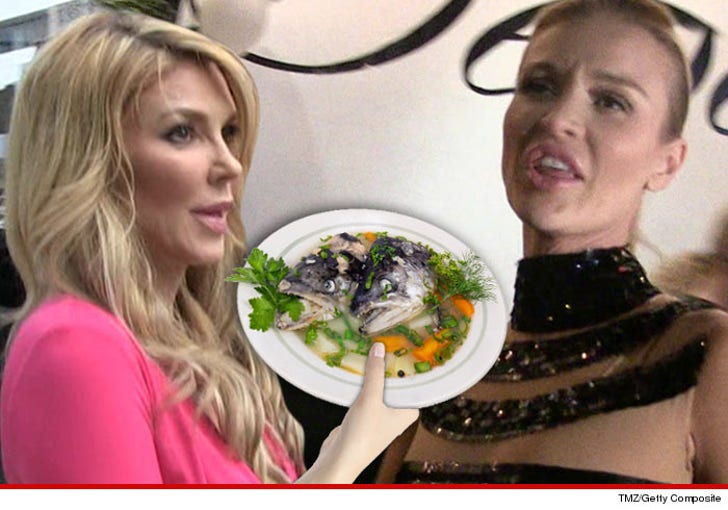 Brandi Glanville humiliated her nemesis Joanna Krupa during a fancy L.A. dinner ... by putting a new twist on their stinky vagina war.

Sources at celeb hot spot Craig's tell us the feuding housewives were dining at separate tables last Friday ... when Brandi uncorked a brilliant, yet smelly prank.

We're told Brandi sent a plate of steaming hot salmon over to Joanna, and the stunt was a not-so-subtle response to Krupa's defamation lawsuit over Brandi's original lady parts insult.

Joanna was with her husband, Romain Zago﻿, and we're told they were both upset by the rank (yet most likely tasty) joke ... but left with no issues.

Brandi dropped a mere $40 for the sesame crusted salmon. The lawsuit could cost her a helluva lot more if she loses. 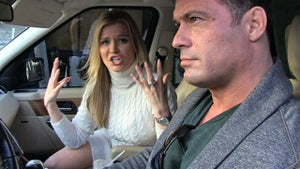 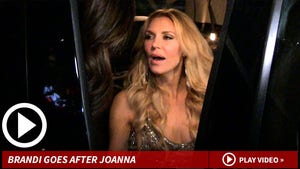 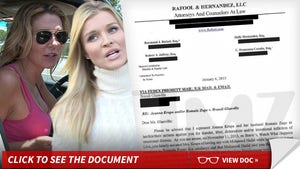 Joanna Krupa -- If Brandi Glanville Thinks My Vagina Stinks, Wait Till She Smells This Lawsuit