Caitlyn Jenner is a lady in demand ... at least her vote is, with republican Senator Lindsey Graham making a hard push to win CJ over ... despite the fact he's not in favor of gay marriage.

Graham -- who's officially running for President in 2016 -- appeared on CNN and made his pitch to Caitlyn ... saying, "If Caitlyn Jenner wants to be safe and have a prosperous economy, vote for me."

He continued, "I haven't walked in her shoes. I don't have all the answers to the mysteries of life. I can only imagine the torment that Bruce Jenner went through. I hope she has found peace."

Back in April, Caitlyn (then Bruce) told Diane Sawyer that she is a proud republican ... but she's also very active in the LGBTQ community, which is strongly in favor of gay marriage.

Which brings us back to Graham ... who says he's AGAINST gay marriage, but suggested he's willing to soften his stance on the issue, if the Supreme Court rules in favor of marriage equality later this month.

So far, Caitlyn has not said who she supports in the 2016 election. 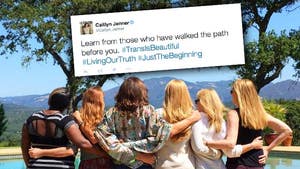 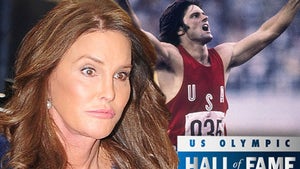 Caitlyn Jenner -- Bruce CAN Be Erased from Olympic Hall of Fame ... If She Wants 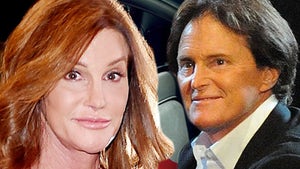