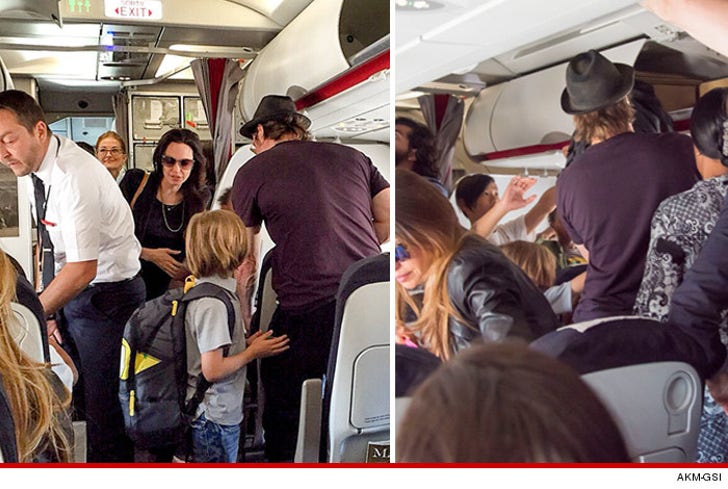 "Put your seat back and folding trays in their full upright position. We're expecting a full flight in coach ... especially since Brad Pitt, Angelina Jolie and their SIX kids are on board!"

Yes, the whole Brangelina brood turned up in the (gasp!) economy cabin of a flight from Paris to Nice. That's right ... NO first class, NO private jet -- even though Angie just celebrated her 40th birthday!

Okay, so it's only about an hour long flight, but still ... nice of 'em to show the kids how the other half lives. Well, more like the other nine-tenths.

The only way this could have been more epic is if they'd been on the same flight as Flavor Flav. 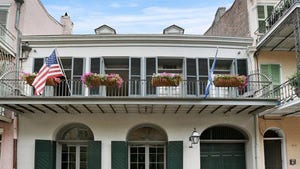 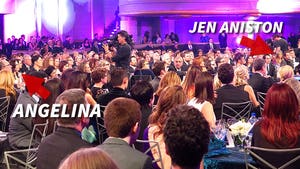 Jennifer Aniston & Angelina Jolie -- Together At Last ... In the Same Photo