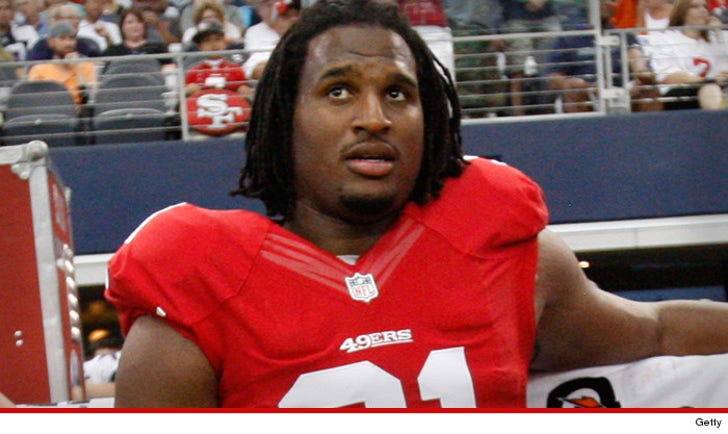 Despite the fact he's been charged with domestic violence and false imprisonment, ex-NFL star Ray McDonald is still "in great spirits" and confident he'll be exonerated, so says his mom.

We spoke with Labrina McDonald ... who tells us Ray is still working out and staying in shape -- but understands he'll likely never play another down in the NFL.

"We're healing," Labrina says ... "Ray's in great spirits considering he has lost his career. His dream turned into a nightmare."

As we previously reported, Ray is accused of attacking his ex-fiancee while she was holding their 2-month-old child back in May. Labrina says Ray's driver witnessed the whole thing and insists McDonald is innocent.

"Ray hasn't been found guilty in court, but he's guilty by public perception. I just wish the teams would've looked at the actual facts before firing him. But we're not bitter."

As for Ray's future .. Labrina says, "If a team called, that'd be nice. I really liked being an NFL mom. We enjoyed watching Ray play."