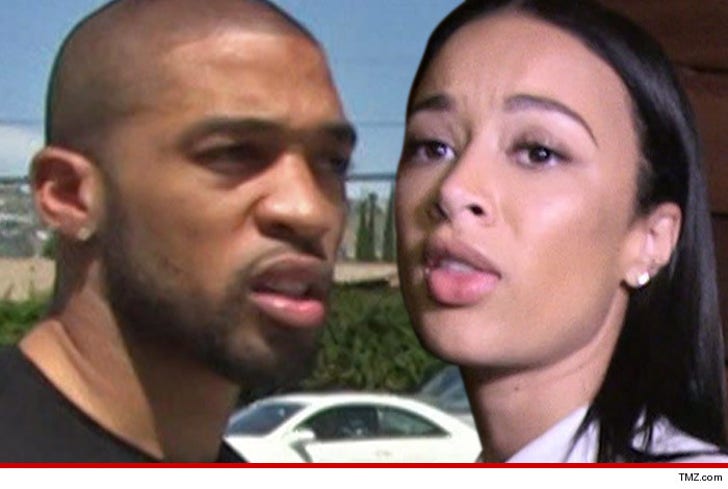 How's this for a change -- an NFL player claims HE'S the victim of domestic violence ... this according to new court docs obtained by TMZ Sports.

Not only did Dallas Cowboys star Orlando Scandrick request a restraining order against his ex-fiancee Draya Michele -- he got it ... after claiming she terrorized him and even blasted him with pepper spray.

In the docs, filed in L.A. County Superior Court, Scandrick claims the abuse began on April 21... when the "Basketball Wives L.A." star went berserk -- not only macing him, but pelting him with candles and knocking pictures off his wall.

Scandrick claims he suffered bodily injury in the alleged attack -- and fears it could happen again.

There's more ... on July 3rd, Scandrick says Draya got violent at 2 AM -- throwing a porcelain jewelry holder and books at him ... and threatening to "throw bleach in his eyes."

Later that night, Scandrick says she grabbed his clothing and threw it in the bathtub and his swimming pool ... ruining a bunch of his stuff.

Scandrick asked the judge to keep Draya at least 100 yards away from him at all times -- an order that was granted. Plus, the judge ordered Draya to move out of the house, ASAP.

The two sides are headed back to court at the end of the month.

Calls and emails to Draya's camp have not been returned.