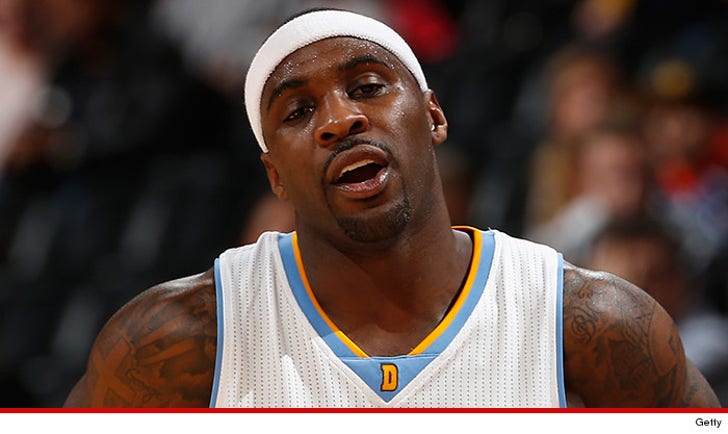 NBA star Ty Lawson shouldn't have had a SINGLE DROP OF BOOZE before his DUI this morning ... because he was banned from alcohol stemming from his previous DUI ... TMZ Sports has learned.

The Nuggets player was arrested for DUI in Denver back in January -- and was released on bail under the conditions that he was to consume NO ALCOHOL and submit to sobriety checks.

But now that he was arrested for DUI in L.A. last night while presumably drunk -- the Denver District Attorney's Office says it could have a serious impact in his Denver case.

The Denver D.A. tells us, "In light of his new arrest, the Denver District Attorney will evaluate the new DUI allegation and determine if it is appropriate to file a motion for a change in Mr. Lawson’s bond and/or the terms and conditions of his bond."

Lawson is due in court in Denver on Friday -- and if the court finds he violated his bond, there could be serious consequences ... including jail time.