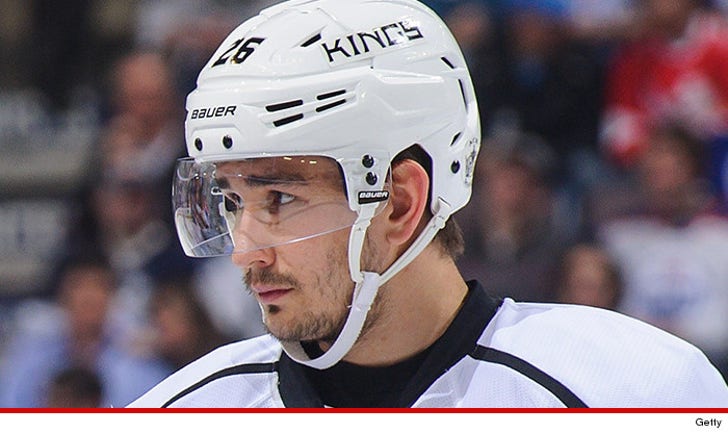 L.A. Kings star Slava Voynov has turned himself in to authorities and has officially begun his 90 day jail sentence from his domestic violence case .. TMZ Sports has learned.

As we previously reported, Voynov pled no contest to misdemeanor corporal injury to a spouse -- stemming from an altercation with his wife at their Redondo Beach home back in October.

It's a pretty good deal for Slava ... who was facing 9 years in prison if convicted of the original felony charge -- plus, he could have been deported back to Russia.

Voynov has been suspended by the Kings -- but the jail stint doesn't necessarily mark the end of his NHL career. Plenty of athletes have been able to return to form after serving time ... including Floyd Mayweather and Mike Vick.