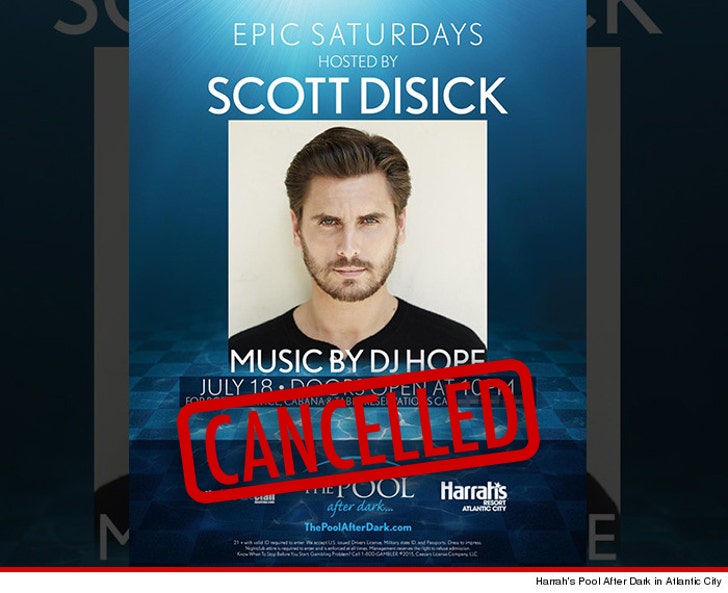 Scott Disick just cancelled a high-paying gig to show up at an Atlantic City nightclub this weekend.

Scott was scheduled to host at Pool After Dark in A.C. on Saturday night -- he was getting $50k for the appearance. But sources at the club tell TMZ ... Disick's people just informed them he would NOT be there.

We're told there was no explanation for why Scott's pulling the plug. His people asked if Pool After Dark could reschedule, but no decision's been made yet.

TMZ broke the story ... Scott also waited until the 11th hour to cancel a Las Vegas appearance last weekend. That one's been rescheduled for July 24.