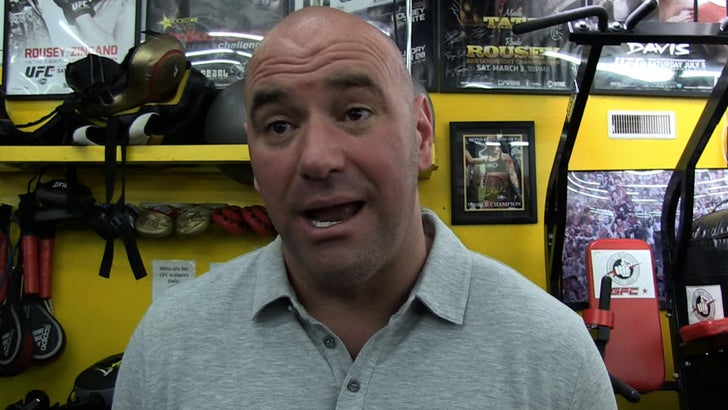 Floyd Mayweather should probably think long and hard before firing back at Ronda Rousey -- 'cause Dana White says she would "rag doll" the boxer if they ever got into a real brawl.

White was at Glendale Gym watching Rousey train yesterday -- hours before Ronda blasted Floyd on the red carpet of the ESPYs.

That's when we had an almost prescient moment ... and spoke to White about what would happen if the two ever got into a real fight.

"Floyd Mayweather throws his hands," White says ... "Ronda would grab onto him and RAG DOLL him."

As for Floyd, he hasn't responded to Ronda's comments yet -- and after this clip, we can't blame him. 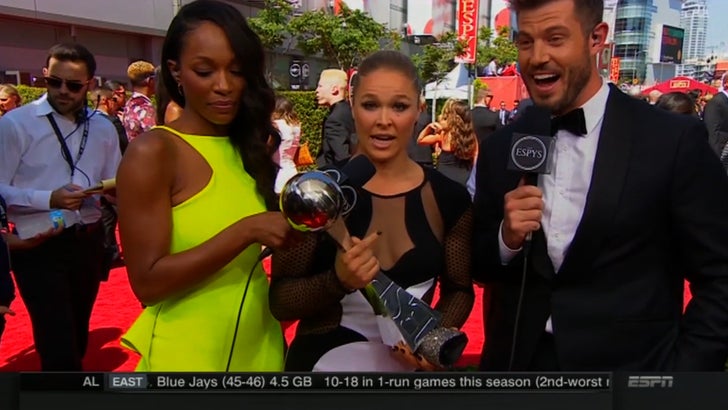