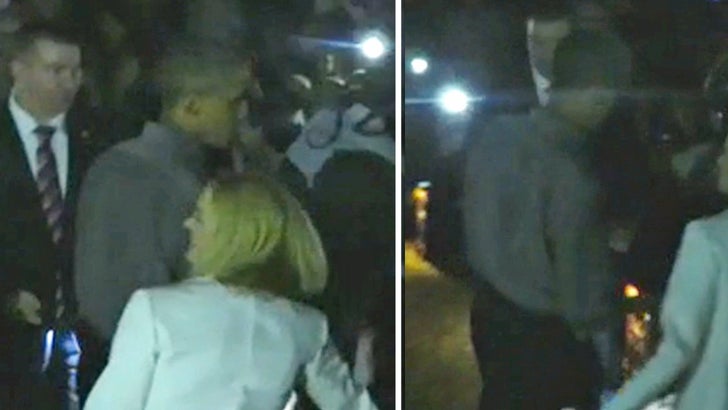 President Obama brought down the house Saturday night during a hip hop night on Broadway.

The Prez, along with Sasha and Malia, went to see "Hamilton" ... the 3-hour hip hop story about founding father (and soon-to-be 86'd face of the $10 bill) Alexander Hamilton.

Obama walked in after the lights went out and just before the show began, and it's clear from the reaction his numbers are still strong on The Great White Way.