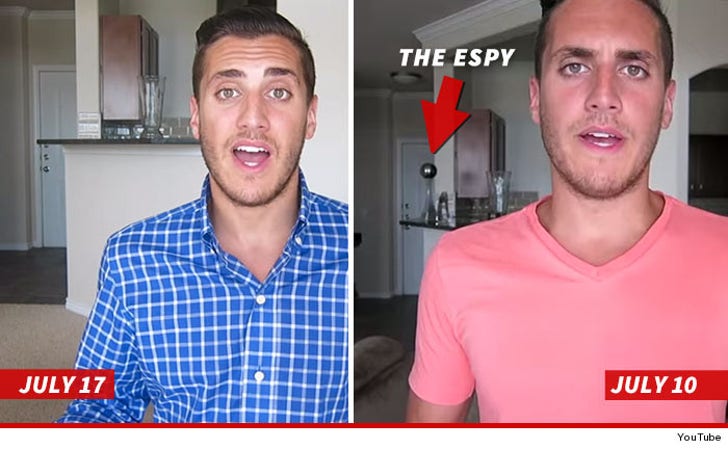 Seems like the final nail in the coffin for Michael Sam's engagement -- 'cause now his former fiance has sent Sam's ESPY packin'.

Michael had proudly displayed his 2014 Arthur Ashe Courage Award in the kitchen at the Dallas home where he was living with longtime BF Vito Cammisano during their time together ... and it was still there as recently as July 10th.

But in Vito's brand new YouTube video -- released on July 17th -- the ESPY is noticeably absent ... another sign the two are dunzo for good.

As we previously reported, the relationship began to sour last month ... and this past weekend, Sam hit the Hollywood club scene with no sign of Vito.