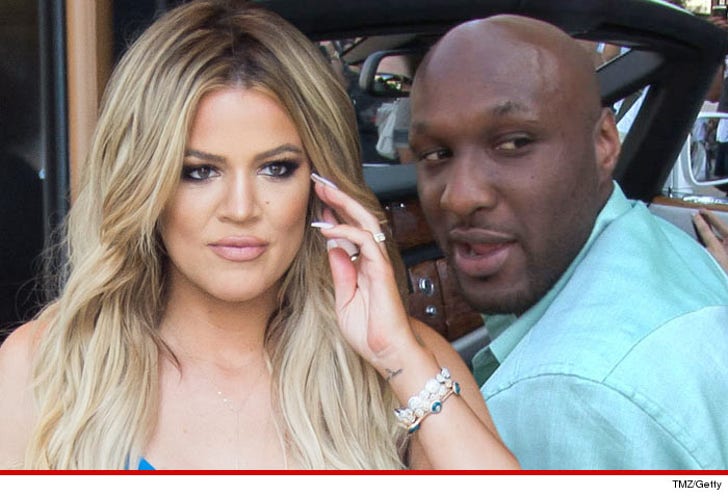 Khloe Kardashian filed for divorce reluctantly, because we've learned she tried everything in the book to patch up her marriage to Lamar Odom, but he treated it as a joke.

Sources close to Khloe confirm she sat on her divorce docs for more than a year to try and work things out with Lamar. We're told she scheduled numerous couples therapy sessions but Lamar missed almost every one with lame excuses. In one case she found out he was at a pool party.

We're told Khloe tried everything to free Lamar from drugs, but he kept relapsing and she finally gave up hope. One source claims Khloe recently said, "He's too far gone."

Her decision to finally sign the divorce docs Friday came after she made it clear to friends and family she had a clear conscience because she tried everything to make it work, but Lamar refused to make the marriage workable.