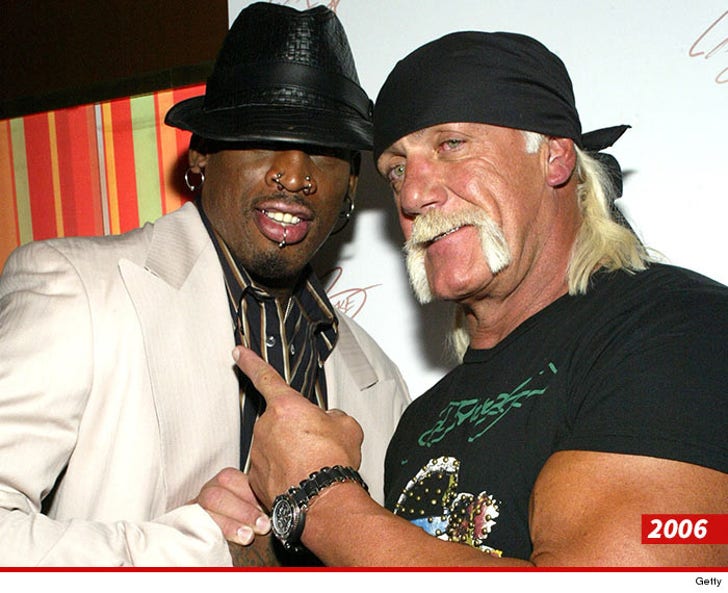 Dennis Rodman's not only standing up for Hulk Hogan ... he's desperately trying to get together a squad of famous African-Americans to vouch for Hulk NOT being a racist.

Rodman says he's known Hulk for 25 years, and claims ... "There isn't a racist bone in that man's body." The Worm also called in the cavalry ... or tried to anyway.

He tweeted, ""Lets lend our support to the Hulkster who most certainly is not a racist @Scottiepippen @MagicJohnson @Shaq @MikeTyson." So far, he's gotten zero response publicly.