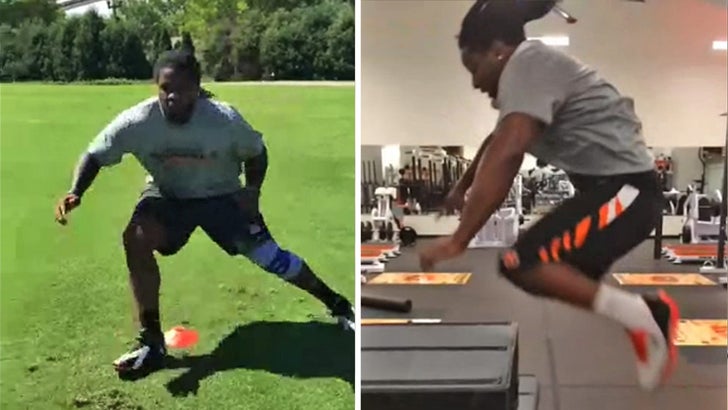 Bad news for QBs ... Vontaze Burfict's knee is definitely functional again after a major off-season surgery -- and we're told he's been killing himself in the gym to get back to full strength.

After dominating in 2013, the Cincinnati Bengals linebacker missed most of the '14 season after suffering cartilage damage in his left knee ... and underwent microfracture surgery back in January.

But Burfict has been an animal in the gym, determined to regain his Pro Bowl form ... and our NFL sources tell us they've been impressed by how quickly he's bouncing back.

In fact, Burfict has been hitting cone drills and box jumps in the past week and looks pretty good.

Of course, destroying people on the field is a completely different story -- but he's clearly on his way.