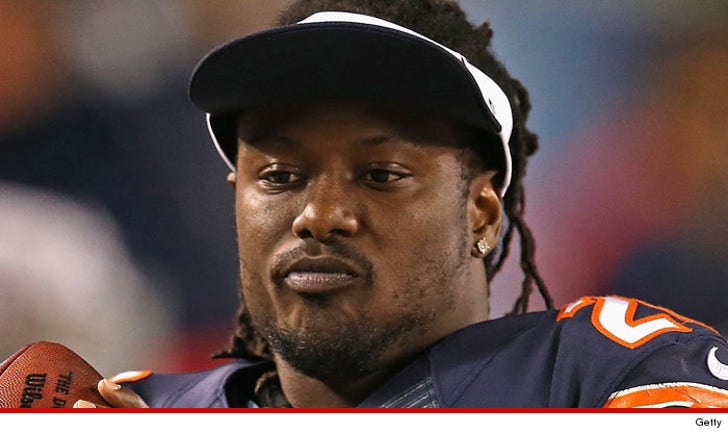 Chicago Bears defensive back Tim Jennings -- who was busted for DUI on his way to a parent/teacher conference -- will NOT be going to jail ... after striking a plea deal with prosecutors.

Jennings -- a 2-time Pro Bowler and a huge part of the Chicago defense -- was arrested back in January after cops say he was going nearly 100 mph on a Georgia interstate.

Cops say his breath reeked of booze -- but Jennings said he had stopped drinking 10 hours before and was speeding because he was late to his kid's parent/teacher conference at school.

Now, we've learned Jennings cut a deal -- pleading guilty to reckless driving. As for the DUI charge, that was tossed.

Jennings was sentenced to 12 months probation and must complete 40 hours of community service -- and it CAN NOT be football related.

He's also required to complete a DUI program and pay a fine.

12:24 PM PT -- Jennings' attorney issued a statement to TMZ Sports saying the DUI charge was "completely dismissed today due to a lack of evidence to proceed on the DUI."

"Mr. Jennings is looking forward to putting this matter behind him and focusing on his family and his career."