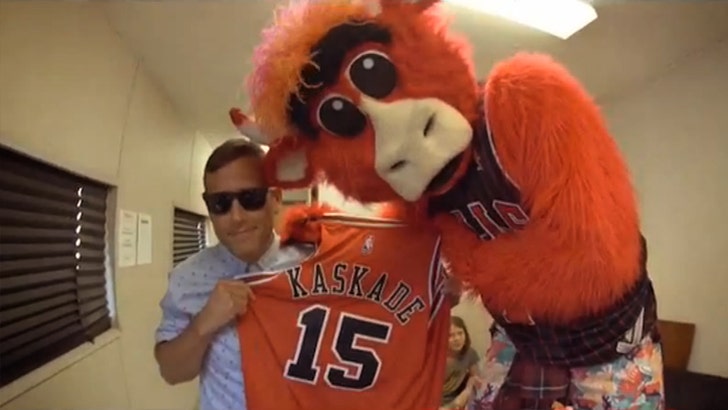 Kaskade got seriously swagged out by Bennie the Bull, and in a video the 44-year-old posted ... he was as giddy as any teenager would be. Makes sense -- he grew up in a Chicago suburb near where the Michael Jordan-era Bulls practiced.

In return, Kaskade gave Bennie a bunch of glow sticks and 2 tickets (for him and some cow) to the Ultra Music Festival.

That woulda been cool.