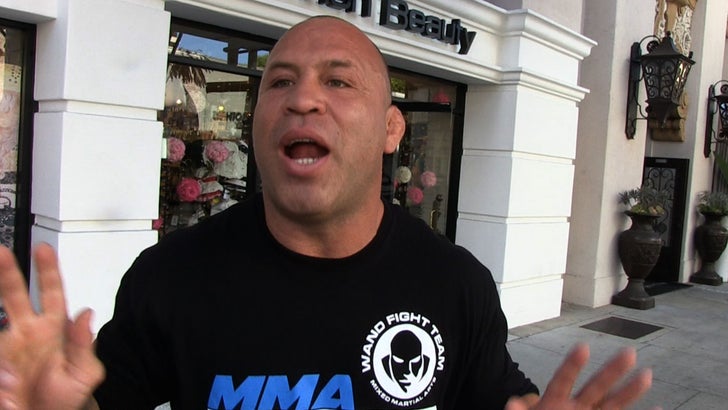 Ronda Rousey is not the greatest female fighter on the planet, and never will be until she steps into the Octagon against Cris 'Cyborg' Venancio ... according to a former MMA champ.

Wanderlei Silva tells TMZ Sports ... everyone needs to calm down with calling Ronda #1, because much like Mayweather-Pacquiao -- Ronda-Cyborg is the only fight fans want to see.

Ronda's said she has no interest in fighting Cyborg ... due to the fact Cyborg was busted for steroid-use. But Silva -- a former PRIDE champion -- thinks Cyborg deserves a shot at the title. She hasn't lost since 2005.

Check out the clip -- Silva says Ronda doesn't need to fight Cyborg ... she HAS to fight her, and if she does, he'll "tip my hat."

We'll say this ... the fight would HAVE to be better than Floyd and Manny..