All that was left was a hollowed-out building after a massive explosion in a warehouse that stored tons of toxic chemicals in the port city of Tianjin, China.

The explosion happened Wednesday night ... leaving at least 50 confirmed dead and more than 500 people in the hospital.

The video of the disaster was taken from over 2 miles away ... yet the force of the explosion was so strong it violently shook the building the footage was being filmed in. 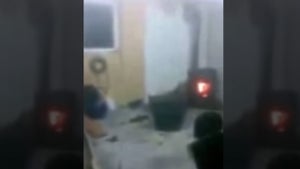 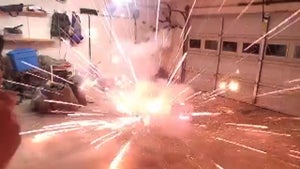 Epic Fireworks FAIL -- Dude's Garage Goes BOOM!! Why Would Anyone Do This? (VIDEO) 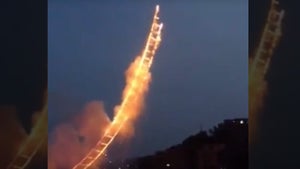 Fireworks And Art ... Are An Awesome Combo (VIDEO)